This Halloween was especially fun as the kids actually trick or treated for the first time!  Technically, it was their 3rd time to trick or treat, but in years past they were either carried or pulled in a wagon and never let out.

Between all of our  fall activities, I tried to prepare the kids for Halloween as best I could.  We read Halloween books during story time, watched a few Disney Junior Halloween themed shows, made ghosts from cotton balls and construction paper, colored pumpkins and wooden Halloween characters, and ate banana ghosts and Reese's witch broomsticks. I thought about carving a pumpkin, but then decided we needed a witch pumpkin instead. But, in the end, Halloween is nothing without costumes and trick-or-treating.  The costumes this year were quite the international feat.  The pants we received from Dave's Thai coworkers (same ones worn for the 2014 TCH Bad Pants Day) and the tops were creations by a good friend of mine.  I described my vision and she just winged it on the design and sizing of the tops.  Amazing!!  Not only did they fit, but they were completely perfect and adorable too.  I called them genies, but you could also go with Thai/Arabian prince and princesses.  Whatever. 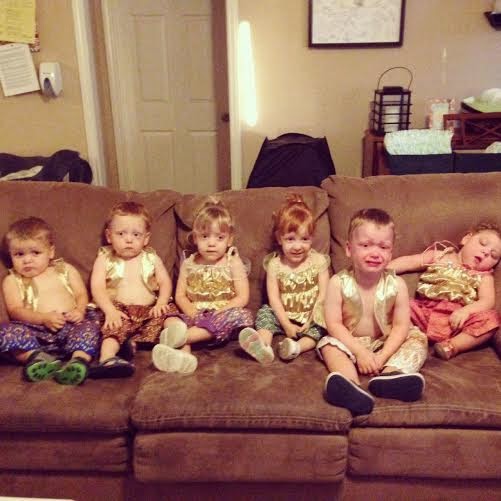 As usual, we had quite the entourage going around the block.  Three other families, my parents and grandparents, and a couple close friends.  Yeah, you could see us coming.  I started out carrying 5 of the candy buckets and 3 of the kids being carried.  Within a few houses, I was down to 3 buckets and only 1 kid was being carried.  They really caught on to the concept quickly!  But, candy does that to people.  They made it around the whole block and racked up some serious candy.  I have allowed them to eat some in very small portions as dessert.  They think it's amazing. 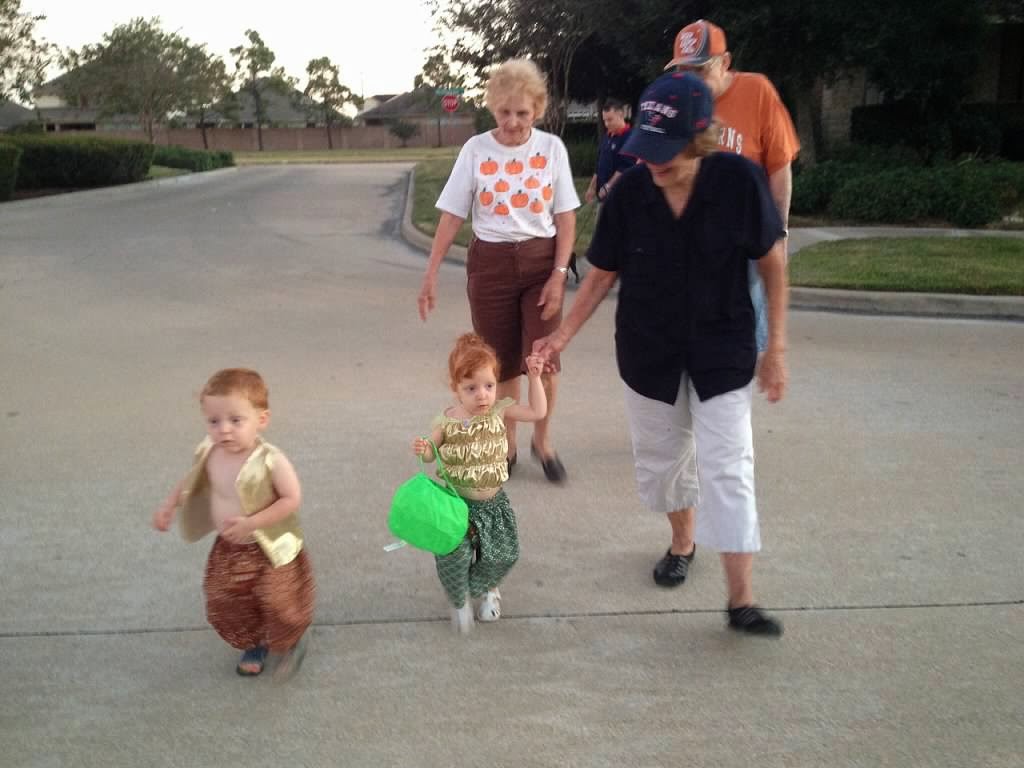 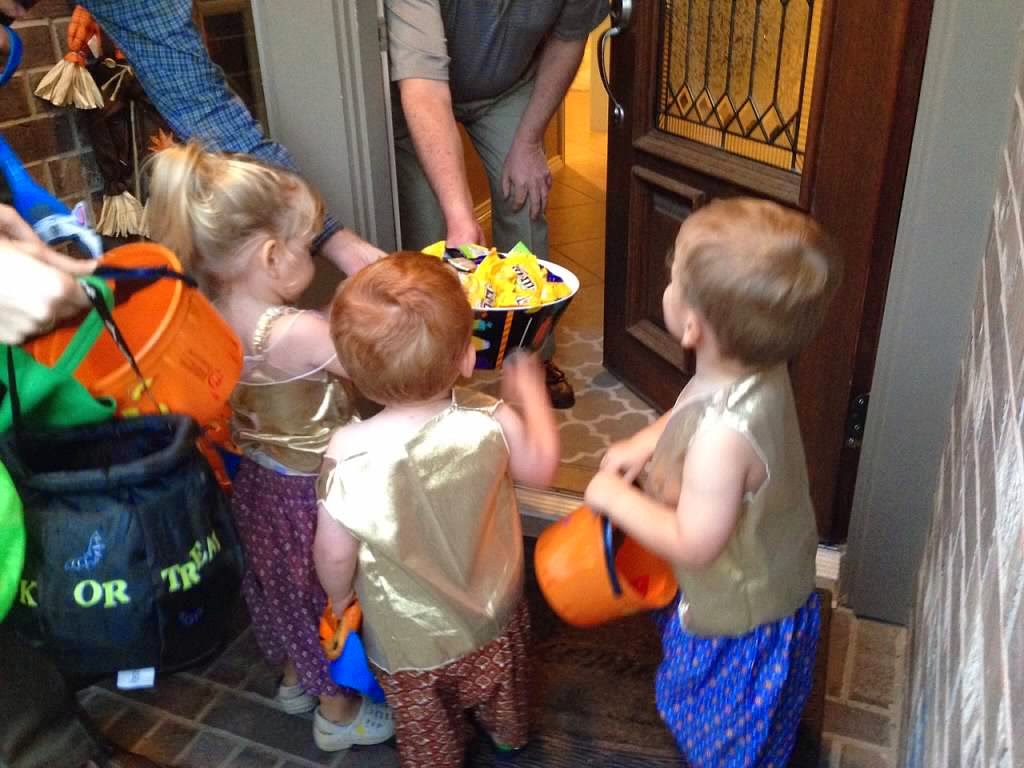 Caroline was the most entertaining trick-or-treater.  Several times she rang the doorbell and walked right on in when the neighbor opened the door.  Luckily she was bribed out with the candy bowl!  Speaking of, when the neighbor held the bowl for the kids to get their own candy, Caroline eagerly put both hands in every time trying to grab as much as she could.  Did I mention we have a ton of candy at our house right now?