Disclaimer: I wrote this several months ago and never got around to publishing it.  Giving it a quick reread it's mostly still accurate except they've gained a lot of skills this school year!


You should see my list of things to blog about.  It is so good.  And it goes back about 6 months.  And I'm not sure I will ever get around to writing those things and might lose these last 6 months in the memory bank.  But back to the present!  The kiddos are 4!  4 YEARS OLD!!!  It's the blessed age I've been told where everything gets a bit easier and nicer and I can take a deep breath. Ahhhh.

Well, I can see us getting there, but we're not there yet.  The imaginative play is in full force, I don't have to entertain at all times, independence is increasing rapidly, and the personalities are like whoa.  But they are needy, whiney, and in plenty of fights with each other, so Mommy is still very much a presence in the all the time. 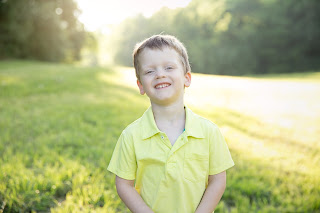 He's so friendly and polite.  And TALL!  "Andrew you're so handsome" "No, I tall" He's learned it's his identifier.  Generally willing to help out, will eat most things, loves to please and receive praise, gives hugs all the time, has a goofy fake laugh when he thinks others think he's funny, loves cars and trucks, likes copying Mommy and Daddy, loves to run wild with his brothers, knows his letters and ABCs and can count to 20, sensitive, easily scared of things he sees on TV (but still loves TV), really enjoys pretending to be different characters.  Lately his favorite is Spiderman.  There's often the psshh... sound of the webs leaving his wrists happening at our house.  But sometimes Batman prevails too. 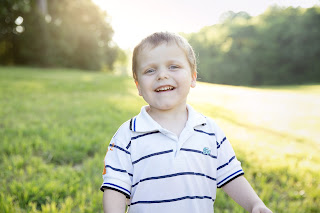 This kid!  He's something else.  "Benny Boy" as he calls himself as he speaks in third person half the time.  "Benny Boy does not like that very well".  His constant commentary of all things going on all the time charms people somehow.  He's got the best frown in town.  When he's really pouting it's the full frown with a fake tear wipe.  Ben is very particular about what he wants and even what words you use.  Currently he will only wear long sleeve shirts, shorts, and sandals.  Don't call them shoes, because they're sandals.  He avoids cleaning up like the plague.  And most things that involve him doing any sort of work.  He loves to build with Legos, draw, give hugs and kisses to me, order everyone around, jump and run, play cars, ride the balance bike, and be naked. 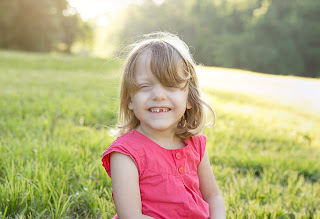 Recently when asked to describe Caroline I said, "she's complicated."  She can be sweet, helpful, silly, talkative, playful or a screaming irrational terror who cries for no real reason and needs lots of moments to calm down.  Depends on the day or her mood or how tired or hungry or hangry she is.  Caroline is the lover of all things pink.  Especially Paw Patrol.  Pink Paw Patrol with Skye AND Everest.  "That's my favorite."  She's the pickiest eater.  Yogurt and cereal, peanut butter and jelly, cheese, sometimes blueberries, and pepperoni pizza.  That about sums up her diet.  Oh, I forgot ketchup.  Totally a food group.  She's great at imaginary play with stuffed animals and dolls and figurines.  She's got epic stories going on.  Can still hang with the boys in the rough and tumble play too.  LOVES to swim!  Like if she had the option not sure I'd ever get her out of the water.  She surprised me with VBS- she loves to sing and dance to all the songs.  And don't you mess up her jam- she'll correct you and you have to start over.  This girl loves her mommy and her daddy and her teachers.  And she still jumps up and down when she's excited. 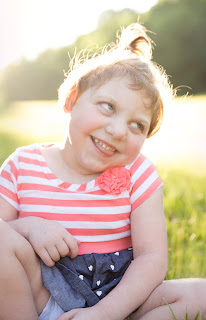 This little miss has had a rough 2016 thus far.  In and out of the hospital dealing with things new to all of us and trying to find solutions.  But she's a trooper and a fighter.  She's continued to work hard in school and therapy and all these little setbacks haven't slowed her down much.  She never regressed and has continued to show slow and steady progress.  That's kinda amazing y'all!  She's growing like a weed too.  I mean, has grown 7 in and gained 8 lbs in a few months.  Prior to this year we were happy if she'd grown any tiny amount.  This girl LOVES music.  It's her happy language.  Favorite songs are Uptown Funk, Shut Up and Dance, Sorry, ABCs, Old McDonald, If you're happy and you know it, Jesus Loves Me, , and anything Laurie Berkner.  She loves being cuddled, being in the water, cause and effect toys, and kisses! 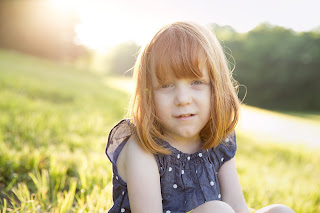 Still the tiniest but not afraid to tell it like it is!  She is usually shy around new people, but that quickly fades.  She is ever my rule follower to the max and keeps everyone in line.  She is quick to tell me when anyone has done something wrong.  She remembers EVERYTHING!  And I mean EVERYTHING!  From what anyone says to what they did to things that happened 2 years ago and I'm like, "uhhh how do you even remember that?!"  (I can hardly remember yesterday)  She is the one I find out what I often say and do by what she starts imitating.  Allison loves to dance and spin around the house.  She loves to be a helper.  She enjoys books, dolls and my little ponies, and any kind of art supplies. 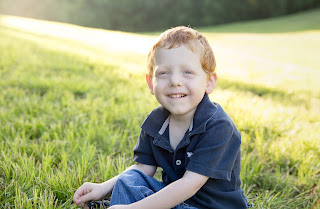 My quirky little monkey man!  He is silly as silly can be and loves it.  He's got the goofiest dance moves around and isn't afraid to show them off.  He still loves guitars and music and picks up any song lyrics or learning through songs.  Levi is very inquisitive; he asks about a million questions a day about what things are, how they work, and why they are that way.  Sometimes I know the answers ;) He also still enjoys lights and doors.  I say if you find some random lights turned on or doors locked- Levi's been there.  He's really enjoyed water this year- from swimming lessons to belly flops to running in sprinklers to shooting water guns.  He's all about it!  He and Andrew are the best eaters.  Levi's not afraid to try new foods and isn't picky at all.  He can put down a lot for such a tiny body!  Levi is very independent and will do most things on his own.  He still has a quick temper and would rather scream or whine than use words.  If he ever naps it's usually in the middle of the floor somewhere- he literally crashes in the middle of playing.  Levi is quite affectionate often giving me hugs and saying "I love you Mama"


There you have it.  An overview of my 4 year olds.  Now that we're actually closer to 4 1/2 I am seeing a big difference compared to 3.  Mostly in the independence level of these guys and their ability to play together along with using imagination.  It's so fun to watch!  I'm collecting endless amounts of hilarious quotes.  They are generally adaptable, love being around people, being busy, going places, and are well behaved most of the time in public :)  One of my favorite things they currently do is refer to each other as "friends".  Like instead of saying "brothers and/or sisters" they say "My friends". 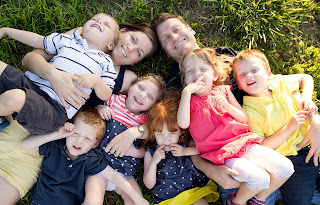 All photos in this post courtesy of Lisa Holloway Photography
Posted by Perkins Family at 12:21 AM 2 comments: